“My tings . . . my TINGS!” an overly emotional Maureen O’Hara exclaimed to a frustrated John Wayne in the classic movie The Quiet Man. Filmed in breathtakingly beautiful Ireland, it is by far my favorite movie to watch not only around Saint Patrick’s Day but anytime of year. In the movie, the characters names were Mary and Sean, and through much of the film both went head-to-head in dispute over Mary’s tings.

Sean, with his commitment to the plain and simple things of life, including honor, love for his new bride, and standing up for what he believed.

Mary, with her commitment to retrieve the precious sentimental “tings” she collected since a wee lassie, humble treasures from the elders in her family . . . a tea pot, a length of lace, a desk.

Though I understand how they BOTH felt, I have to say I’ve always secretly sided with Mary.

We’re taught that life is about the simple things, that we shouldn’t cling too much to the material. In my experience, women more than men tend to assign tremendous sentimental value to family heirlooms and will fiercely protect them, as a lioness protects her cubs.

We protect these things not because of their material value, but of the presumed energy that exists in these items, energy that comes from all who touched and enjoyed the vessels, pieces of cloth, and furniture. 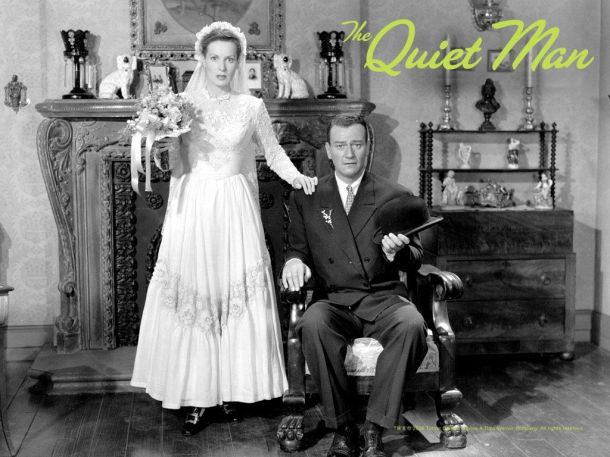 As for me, I acquired in my early twenties a mahogany writing desk which once belonged to my grandparents. The desk was in good shape when I received it, worn here and there but full of spirit. At the time, I didn’t know I would cart it along with me in the back of various cars to the various places I would live for the next thirty years.

The desk traveled with me through many a soul-searching quest and through multiple relationships where I loved, learned, and at times, just let loose. All the while, the desk acquired MY energy and the story of MY life as well as my grandparents’.

The last of these travels was a painful divorce, which left me alone with my thoughts and tings—far too many thoughts and tings for one person to carry on an uncharted road. In the heat of divorce, my former husband denied me most anything we had jointly owned and even much of what was mine to begin with. So, when it came time to gather my tings, I had little of what I actually needed–no small appliances, furniture, or basic housewares and the like–and had far too much of what I didn’t need–dozens of boxes of clothes, books, trinkets and such. Most importantly, I had very few of the sentimental tings I really felt connected to, the tings I would have preferred to take with me. That is, with ONE MAJOR EXCEPTION. I refused to leave behind my grandparents’ desk.

I had ONE MAJOR PROBLEM, though, to go along with my ONE MAJOR EXCEPTION. Without knowing where I was heading in life, I quickly realized this one treasure was something I couldn’t easily keep lugging around. So, in an illogical effort to cleanse myself of the pain of emotional attachment to the many tings I’d recently lost, I thought it would be the ultimate act of emotional growth if I could part with one more ting–my favorite writing desk.

Convincing myself in the moment that the desk was “just a piece of furniture,” I handed it over to my sister. It had acquired many scratches while I owned it, and I knew my sister would restore it to its original beauty and might even pass it along to one of her daughters some day. I took solace in knowing it would stay in the family. Even though my intention was good, my gut wrestled with me as I made the decision. Afterwards, alone with my thoughts, I cried, regretting giving it away. Had I taken the lesson too far? Had I effectively severed the emotional connection I’d felt to my grandparents by giving the desk away?

Flash forward four years. Having just moved into an affordable large rental house in Arizona from an over-priced tiny cottage in California, I’d been perusing online ads for various used-furniture pieces to fill what felt like cavernous spaces in the house. There was so much spare space in the new rental that I actually felt ill, anxious, and overwhelmed the first few nights my partner and I stayed there. I’d been living so “small” in the four years since the divorce with most of my stuff still in the same old boxes. The thought of living “big” again triggered deep emotional discomfort and worry about how I last lived “big” and everything fell apart.

But there in the online ads was a listing for a writing desk quite like my grandparents’ desk. The owner was asking two hundred dollars, more than I could spare, but the photograph of the desk tugged at my heartstrings.

Just as I did when I first parted with the original desk, I struggled again with the issue of emotional attachment to material things. My partner saw me struggling and offered this advice: “Baby, if it makes you happy, if it reminds you of your grandparents and that makes you feel connected to them somehow, then get it. I know you realize your grandparents live in your heart, not in a desk, but we’re talking two hundred dollars here, not a million. Just get it.” In the end, with my partner’s overwhelming support, my heart won.

We arranged to meet Courtney, the owner, and see the desk. She shared the story of her desk, a second-hand piece she had bought for her daughter because it reminded her of her own grandmother’s desk. Courtney was in the midst of moving and was reluctantly parting with this somewhat sentimental possession. How uncanny.

Once I told her I used to own a similar desk and also reluctantly let it go, the energy in and around the potential exchange felt good, like maybe we could all gain some closure from it. She could feel comforted in knowing the desk would mean a lot to someone else. And I could feel good about being that someone else for her and could once again feel closer to my grandparents. There, in a convenience store parking lot, we agreed on a price–twenty bucks less than what she was asking–and the desk was mine, once again. Since our car was already loaded with an oversized door we’d just scrapped from a salvage store, I asked Courtney if she could follow us back to the house to drop off the desk.

She agreed, especially after I mentioned the cross-street names to her.

“Oh, I know where that is,” she said. “My sister used to live around there. She moved out of her house a few months ago.”

“That’s odd,” I said. We just moved into our house a few months ago.”

Driving back home, my partner and I buzzed with talk . . . Nah! No way. What would be the chances?

When Courtney pulled up in front of our driveway, she stepped out of her car, nodding and saying, “Yep, this is it. My sister lived here for four years.”

In that moment, I could hear my heartstrings hum. We’d learned a bit about the previous tenant from our landlord, Cheryl. We knew the tenant lived in the rental house for four years—a single mom raising two young children. We knew that Cheryl and the tenant had become fast friends and have remained good friends since. I recalled how emotional our landlord Cheryl was the first time she met us. She had been teary eyed and actually hugged us. She seemed grateful we were decent folks, comforted that her home was in good hands. We were equally grateful to be so blessed as to have found a beautiful rental home in a safe neighborhood, especially since we’d rented it sight unseen from California.

All these coincidences coming together served to assure me I’d made the right decision in re-buying the writing desk and, on a larger scale, that my partner and I were right where we needed to be–in this big, beautiful house. It occurred to me that even though some decisions in life are extremely difficult to make, things often do seem to happen for a reason.

The walk of life is sometimes an emotionally charged and emotionally scarred path. But the further along I travel in my life’s journey, the further painful emotions and scars fade from view. And precious things once lost are found again—sometimes in “tings,” but mostly in non-material spaces deep within the heart.

Embrace Your Heritage and the Calories–Irish Soda Bread!

12 thoughts on “Saint Patrick and the Serendipitous Serpentine Writing Desk”

Don't be shy; Leave a Reply! Be kind, though. We're all friends here. Thank you! Cancel reply

SWIMMING IN THE MUD

Click on a GENERAL CATEGORY to see what’s “IN THE MUD”: 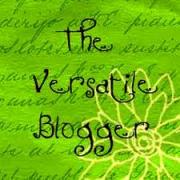 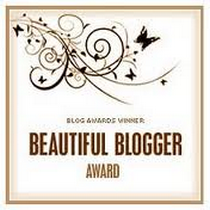